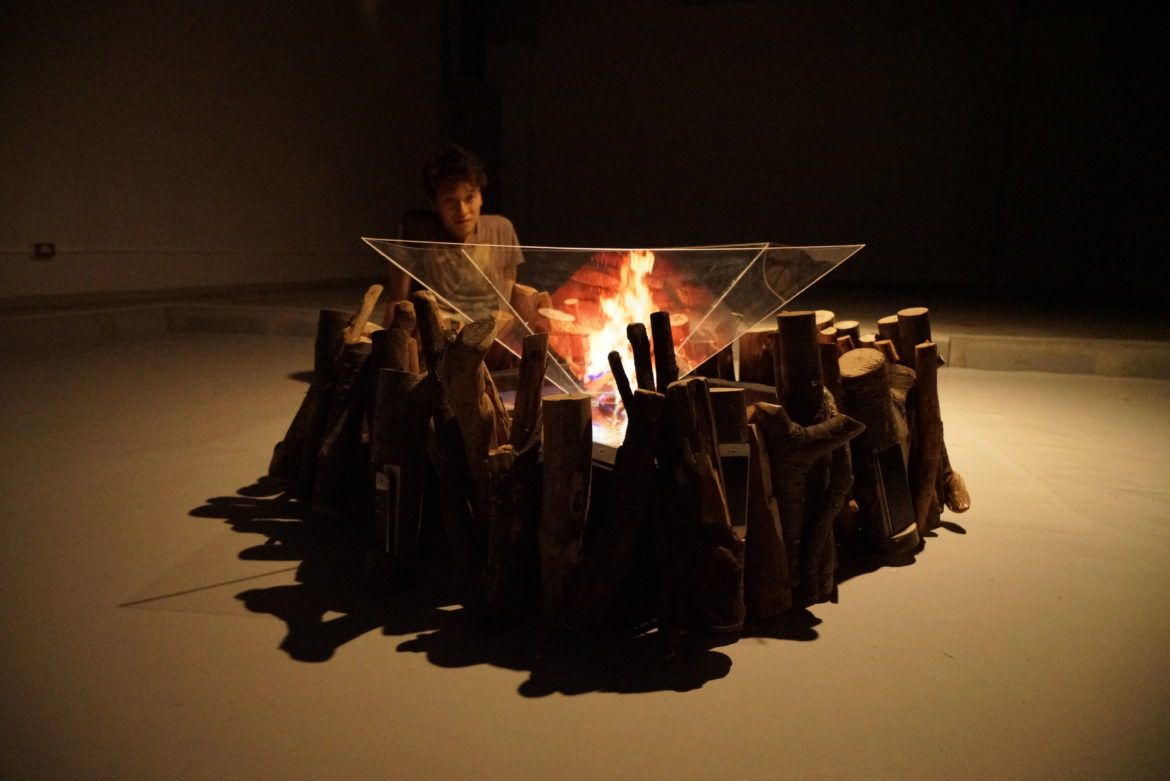 Taki-bi is a Installation. It will be a medium that triggers coincidental encounters and spaces in the city, where people who happen to be there on that day and by chance gather around Taki-bi, share the same space and look at Taki-bi together. When a smartphone is placed on the grafted part of Takibi, it is charged. However, while the phone is beingcharged, you have to physically leave it and wait for it to finish charging.

As smartphones become more and more popular, people  myself included, find themselves in a cosy, optimised environment on the other side of their smartphone, even when they are present in real life, on the street or on the train. In a world that is becoming more and more technological and personalised, I think it is necessary for us to get out of our completely predetermined and optimised environment (the internet) on a regular basis, to surrender ourselves to chance in real space, to be attracted by what we encounter and to interact with the people we meet.

The act of lighting a fire (bonfire) is something that humans have been doing since B.C., and even though it was used to cook food, if we assume that people used to surround the fire and communicate with each other, we can say that bonfires are the same media as the internet media such as Facebook and Twitter, where people communicate with each other, even though the times and methods are different.

you put smartphone on the tree.

Since March and April when COVID-19 began to becom