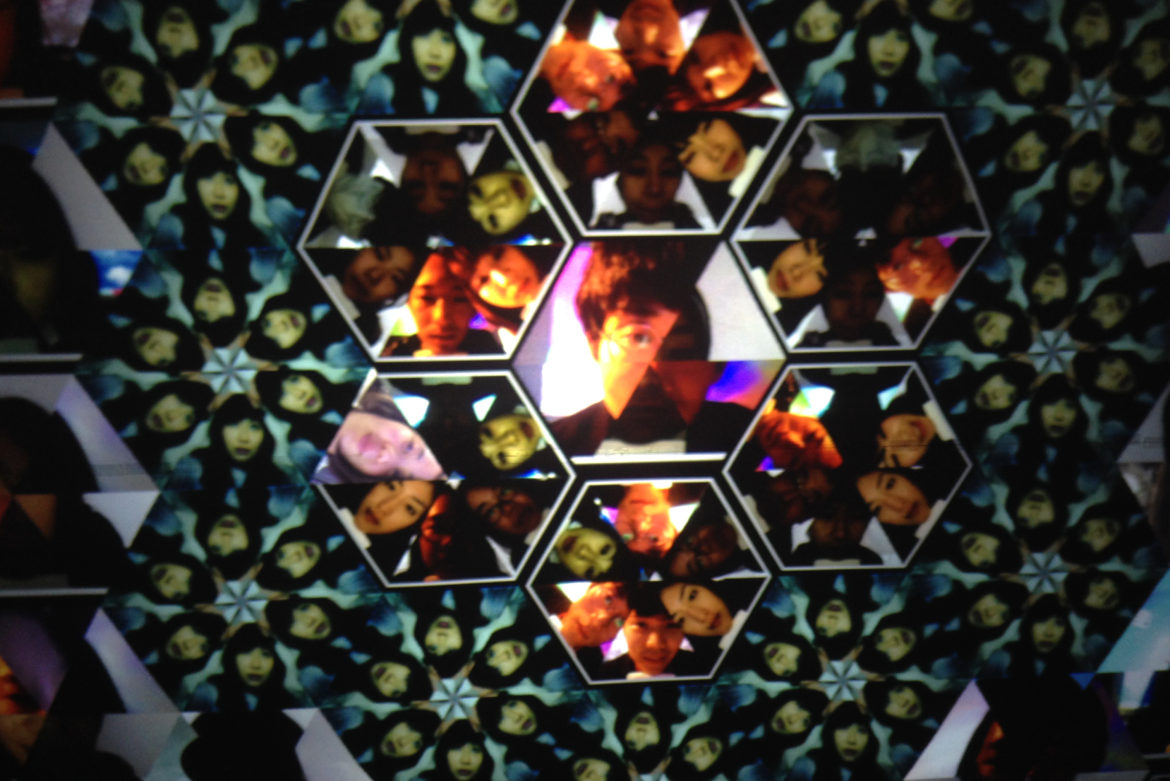 I believe that there are two kinds of relationships: seeing someone and being seen by someone. The first type is the visual “seeing and being seen”. This is the act of visually seeing someone or being seen by someone, such as a surveillance camera in town or someone watching your face before you know it, in other words, feeling and judging the shape and colour of things with your eyes. The second is “seeing and being seen”. which means to see another person’s character or to be seen by someone else. This installation shows the difference between the real world and the internet in terms of seeing and being seen by others.
This installation was created as an interactive kaleidoscope video showing how people change their appearance because they are seen on social networking sites such as facebook. After recording the first 10 seconds of a facial capture, the viewer will be able to see their own face as it is covered by the faces of others who have experienced the film. A web camera is also set up in front of the video, which is projected in real time, so that the audience can see their own faces changing as they watch the video objectively.